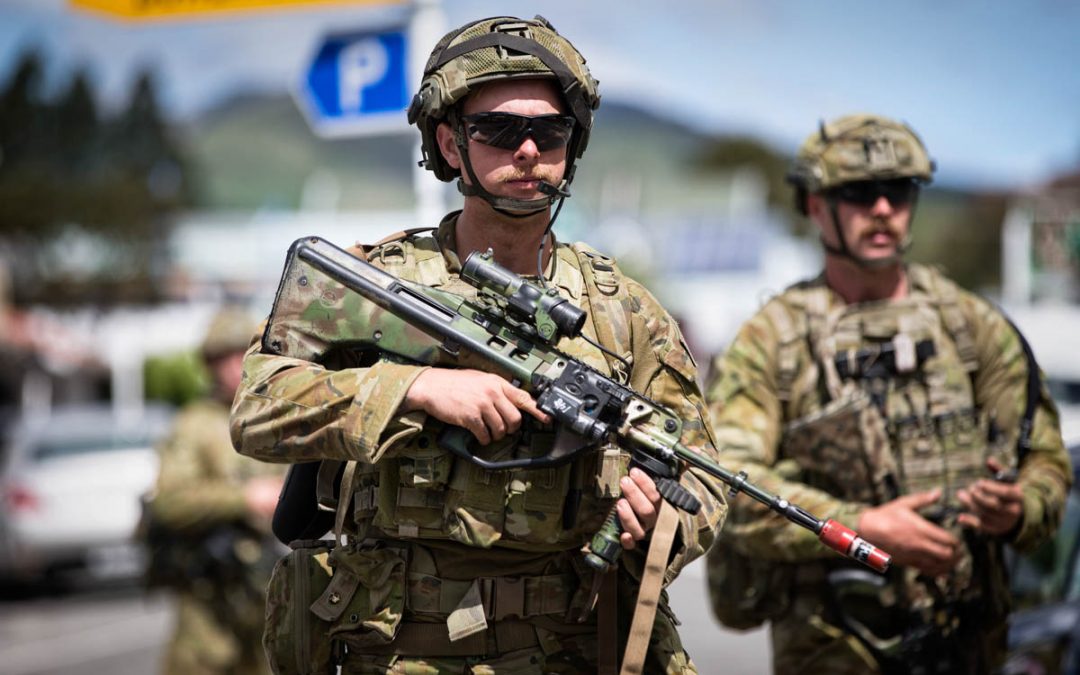 We’re here for your time of need

We're here for your time of need

The Foundation makes grants to serving members of the Royal Australian Regiment and to their immediate families to alleviate hardship and/or provide assistance to those in need. The Foundation only makes financial grants, not gifts or loans.

The Foundation has provided a grant of $10,000 to each of the Royal Australian Regiment Battalions and the School of Infantry. These grants have truly been used to uphold the values of The Foundation.

1 RAR remain very grateful for the 2018 grant from the RAR Foundation. All of it was employed to support the 50th Anniversary of Coral Commemorations/Celebrations at Lavarack Barracks. That is, it partly funded the Coral Regimental Dinner, special edition coins issued to all attendees, the Peter Lawson painting, ‘First and Foremost: Always’, which was commissioned for the 50th Anniversary of Coral and a magnificent diorama on the actions at Coral on the nights of the 13th and 16th May 1968 .

2 RAR (Amphib) is indebted to the RAR Foundation for its generous grant of $10,000 to facilitate soldier professional development.  After lengthy consideration and consultation I have decided to use the grant funding to develop a unit Professional Development Centre of Excellence and a deployable library of professionally rewarding material.

Given the growing reliance of online resources and familiarity our people have with new technologies, I have no doubt that the PME Centre of Excellence will enhance the conduct of professional development activities, allow us to better harness new and emerging technologies and ultimately improve the calibre of junior leadership across the unit.

The Professional Development Centre of Excellence will be physically located within the 2 RAR Museum facility on Lavarack Barracks.  The room is to be established and equipped to serve as a library, internet café capable of streaming videos and web-hosted seminars, and as a suitable venue for the conduct of talks, lessons, and briefs.  It will be accessible to all ranks, though is targeted primarily at junior leaders.

The library will comprise three identical deployable collections, with one allocated to A Company, another to ISR Company, and a third available for independent deploying teams such as 2 RAR’s commitments to Task Group Taji and APEC ASSIST.  These deployable libraries will be taken on exercises and deployments and aboard amphibious shipping.

The deployable libraries will ensure that when deployed either on operations, on board an LHD or even on exercises and in between tasks, our people will be able to take responsibility for their own professional development by accessing a range of over 40 x notable books from three separate but identical deployable libraries. The books were selected based on recommendations from key stakeholders within the unit and leveraged off several well regarded reading lists (CA, Commandant of the USMC), these books will be valuable for all ranks. This builds on the positive feedback we have had from having a small number of professionally useful books in the guard room for guys to access whilst on guard.

The $10,000 RAR Foundation grant funding will be allocated as follows:

a. Furnishing and equipping the professional development room – $1700

I am confident that this project will provide value to the Battalion for years to come, and I anticipate that it will be built on and improved over subsequent years.  I thank the RAR Foundation for its steadfast support and commitment to our soldiers.

The grant supported projects in the Daniel Kiernan VC Club, the soldiers mess. This included purchasing tables and seating for the soldiers, building sub-unit tables and general aesthetics to make the club more comfortable.

The grant is being used to fund a professional development study tour for newly promoted JNCOs in the Battalion aimed at increasing their awareness of wider Army, and hopefully dispelling some myths regarding postings to Training Establishments. The JNCOs will tour ARTC, RMC, ADFA, SOARMD, SOARTY and AST, and be in Canberra for the period 22-23 November 2018 to observe the 70th Anniversary activities.

It was with great pleasure that I received your letter of 15 November 2017 with the Royal Australian Regiment Foundation grant enclosed.  The Regimental Sergeant Major, Company Commanders and I have given careful consideration to its use, and have determined that a Junior Leader Career Development activity is most suitable and in keeping with the Regiment’s traditions.

The Regimental Sergeant Major will lead the activity with a select group of Lance Corporals from the unit to expose them to various organisations and agencies external to Forces Command.  The activity intends to provide exposure and awareness to the junior leaders of the Battalion, through visits to multiple 2nd Division units, the School of Infantry, the 1st Recruit Training Battalion, the Directorate of Soldier Career Management and the Australian War Memorial.  These organisations and visits will inform the selected Lance Corporals with career aspirations and expectations for career progression.  Following this activity, the selected junior leaders will be well positioned to inform and educate the soldiers of the unit, which will positively influence the retention and esprit-de-corps within the Regiment.

The Regimental Sergeant Major is working to synchronise the dates for the activity to allow the selected Lance Corporals to enjoy the company of the Royal Australian Regiment Foundation Board over a luncheon during their time in Canberra.  This will provide an extraordinary opportunity for the future leaders of the Regiment to learn valuable lessons and enjoy linking in with previous generations of soldiers from the Royal Australian Regiment.

I know I speak for the entire Battalion when I express my most sincere gratitude for the provision of this significant grant.  I hope that the Junior Leader Career Development activity is in keeping with the envisioned intention of the grant.  We look forward to continuing to strengthen our bonds with the Royal Australian Regiment Foundation through whatever means possible.