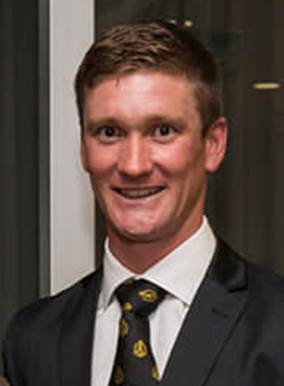 The nominees for the Hassett Award for the best junior leader in the Regiment for 2019 were:

The winner of the Hassett Award for 2019 is Corporal Jens Springborg from the 2nd Battalion.

All eight nominees will proceed on a tour of Vietnam in March 2020 to share their leadership experiences with each other whilst examining a significant part of the Regiment’s history first hand.  This cross pollination of ideas will help to strengthen the current Regiment and provide an opportunity for sponsors to also join this elite group of junior leaders.

Extracts from the Commanding Officer’s citation for Corporal Sprinborg include the following: 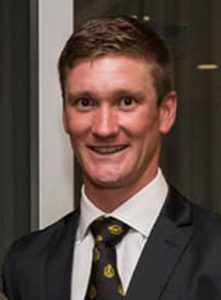 CPL Springborg was one of three JNCO’s selected to deploy as a Section Commander on Operation OKRA in 2018. The operation would be the first deployment for the 2nd Battalion after seven years following the development of the Australian Army’s amphibious capability. CPL Springborg was selected above all his peers for this opportunity due to his unwavering service within the Australian Defence Force and his exemplary leadership and mentoring as a JNCO.

As a direct result of CPL Springborg’s outstanding professionalism, his team was continually sought after to fulfil the Force Protection duties for the members of Training Team Golf during Task Group Taji VIII. CPL Springborg’s subject matter expertise and humility allowed for the command element of Training Team Golf to seek his advice and training to ensure that the instruction delivered to members of the Iraqi Army was of the highest standard. CPL Springborg went beyond his specified role to support the TGT VIII mission and ensured that the training provided to the Iraqi soldiers was to a high standard reflecting the Australian Army’s values.

CPL Springborg enhanced the capability of his own section and the broader Training Team by developing and implementing a combat shooting training continuum that significantly improved force protection standards. CPL Springborg also capitalised on the unique opportunities available within the coalition environment by leading training with members of the Swedish Armed Forces in urban and medical skills, significantly improving interoperability and enhancing the ADF’s reputation with a partner of choice. In a complex environment, CPL Springborg maintained a dedicated and mission oriented approach to his duties at all times.

CPL Springborg has represented the Unit in the Duke of Gloucester Cup twice; first as a PTE in 2014, and subsequently as a LCPL in 2016. CPL Springborg led a section to victory during the 2016, 3rd Brigade Military Skills competition immediately after returning from competing in the Duke of Gloucester Cup. CPL Springborg was awarded the Instruction Award and the Trainee of Merit Award during the Joiner Leaders Course in 2016. On a 2017 Non Commissioned Officers Reconnaissance Course, CPL Springborg was voted Best On Course by his peers. In 2018, whilst instructing on a Helicopter Insertion and Extraction Techniques Airborne Roping Course, CPL Springborg excused himself to lead a section to victory in the 3rd Brigade Obstacle Course Competition. Following his return from OP OKRA CPL Springborg again volunteered to compete in the competition, claiming a second victory in record time. CPL Springborg has consistently demonstrated the attributes and characteristics of someone dedicated to serving their nation.

CPL Springborg is a physically and mentally robust junior leader who is emulated by all within the Battalion. During the pre-selection for 2 RAR’s Duke of Gloucester Cup in 2014 and again in 2016, CPL Springborg set the standard for navigation, physical fitness and shooting, demonstrating excellence in all facets of his work. CPL Springborg’s performance as a junior leader is second to none within the 2nd Battalion, highlighted by his engaging leadership style, sound decision making and superior level of battle fitness and conditioning.